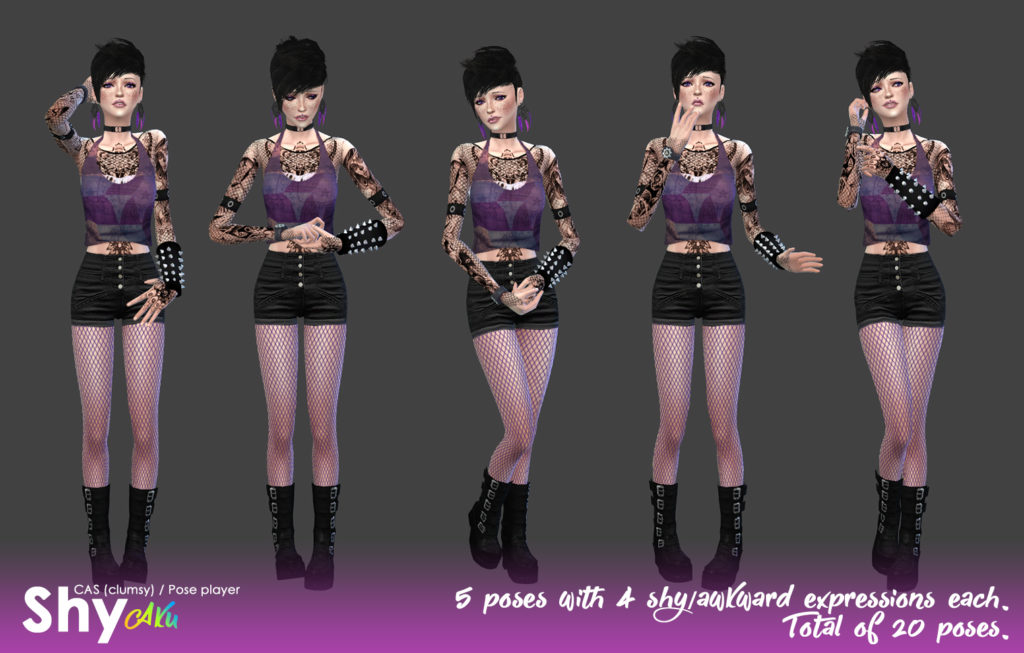 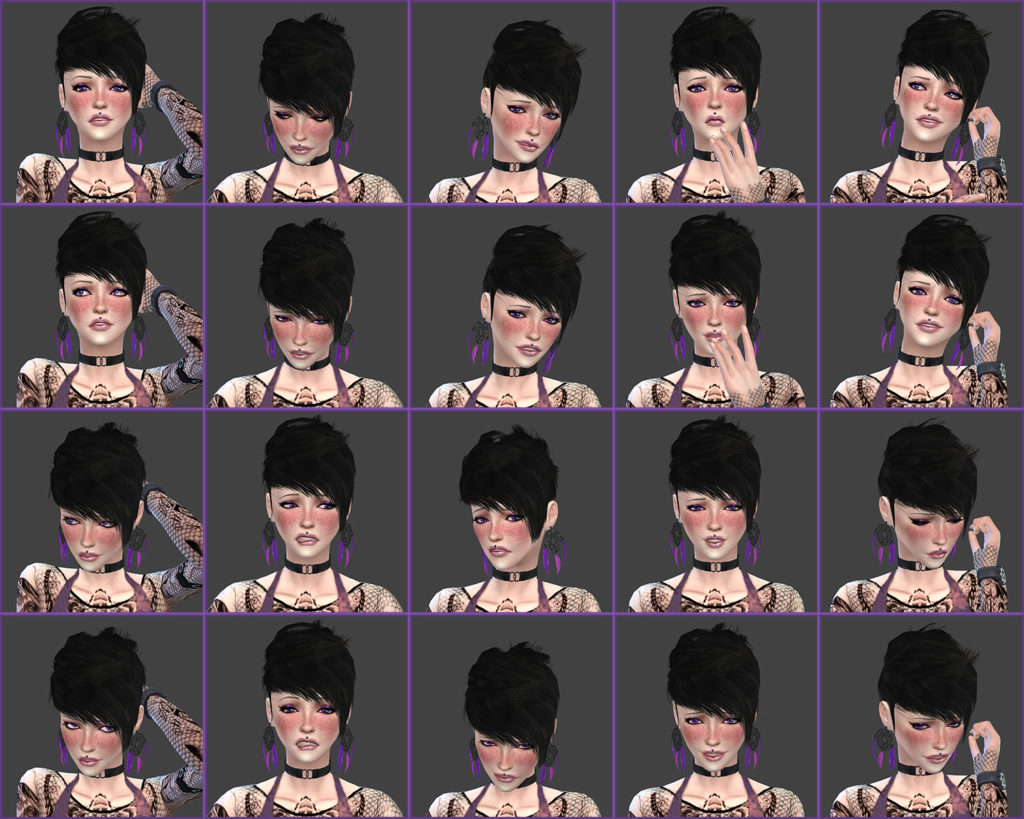 Five poses, each of them has 4 different shy or awkward espressions.  As always, there are minor changes to the poses to better fit the expressions.

There is also a “all-in-one” pose, in the In-game version.

You can choose between the CAS version (replaces the clumsy trait), or the In-game version.

FOR THE IN-GAME VERSION YOU WILL NEED THE POSEPLAYER.

Jade, 24, Italy. I started play sims with The Sims 3 some years ago. Now I moved to Sims 4, altough I still love TS3. I like everything that's non ordinary and I absolutely love sci-fy theme. My poses are made to be used in stories.
View all posts by Akuiyumi →