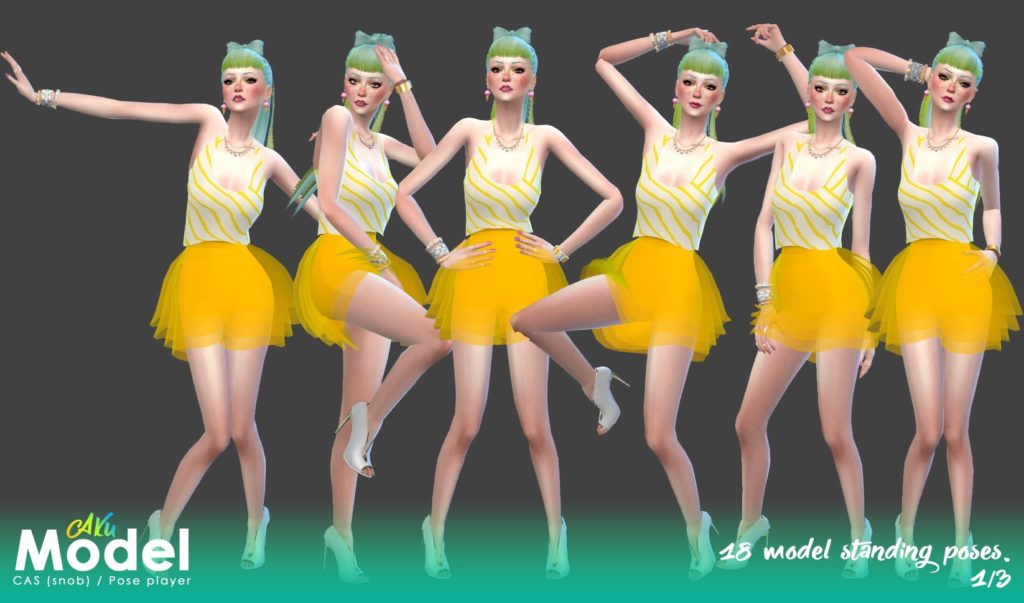 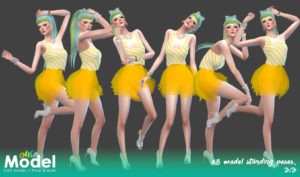 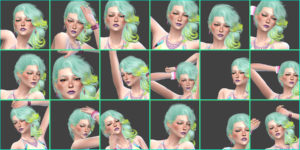 Since I reached 2100 followers on tumblr, I decided to create this set.
This pack is not focused on expressions like my previous one, but it features 18 different poses. The expressions are not much marked, since models are often quite unexpressive.

You can choose between che CAS version (replaces the snob trait) and the in-game version.

YOU WILL NEED THE POSEPLAYER ONLY FOR THE IN-GAME VERSION.

Jade, 24, Italy. I started play sims with The Sims 3 some years ago. Now I moved to Sims 4, altough I still love TS3. I like everything that's non ordinary and I absolutely love sci-fy theme. My poses are made to be used in stories.
View all posts by Akuiyumi →