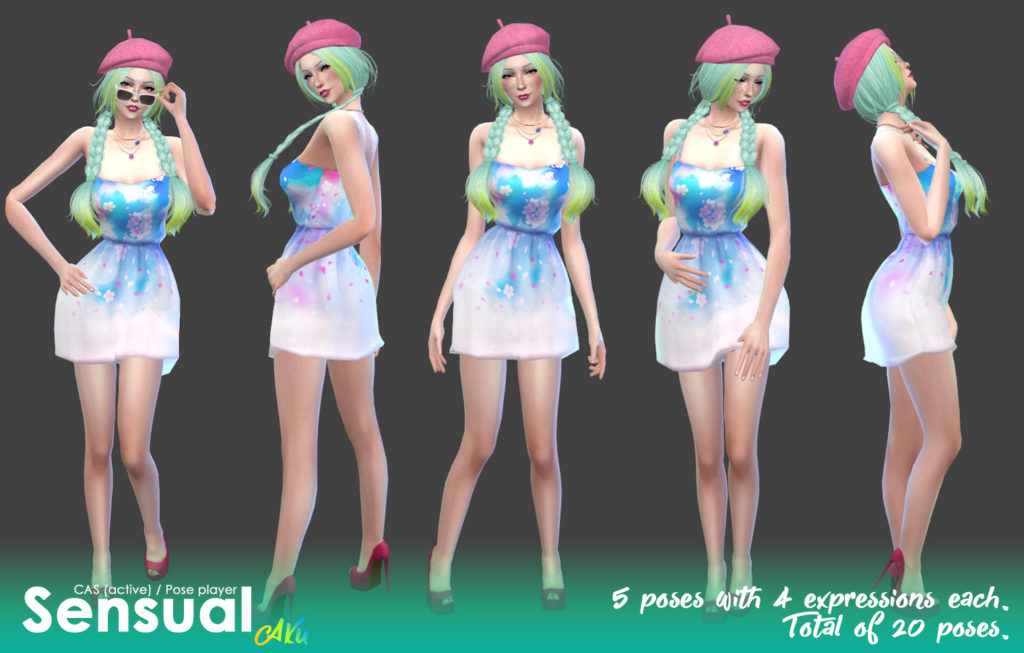 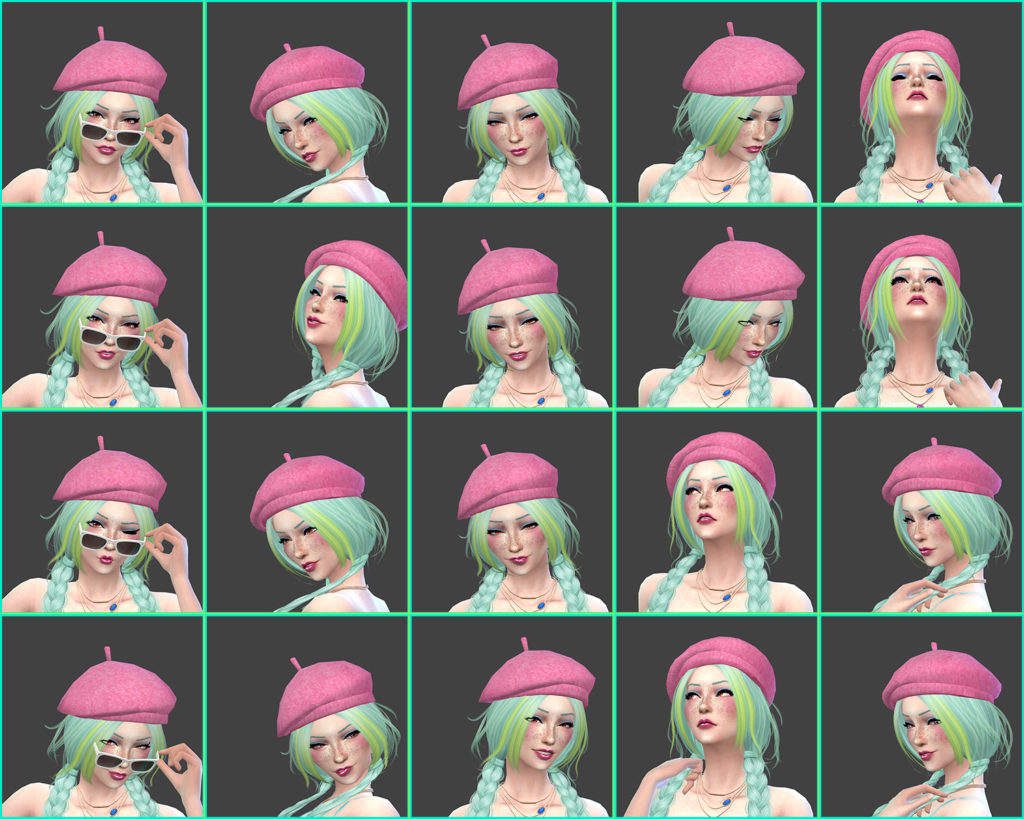 As always, there are minor changes to the poses to better fit the expressions. There is also a “all-in-one” pose in the in-game version.

You can choose between the CAS version (replaces the active trait), or the In-game version.

The glasses used in the screenshots and that work with the poses are the sunglasses made by One Billion Pixels.

YOU WILL NEED THE POSEPLAYER ONLY FOR THE IN-GAME VERSION.

✔ You can post our cc on other sites (not reuploading) but please link back to this site.

✔ You can recolor our cc but don’t include the mesh!

✖ Do not claim as your own, don’t steal.

✖ Don’t upload it on another site, especially paysites.